Αρχική Uncategorized Secret services of Turkey were planning the abduction of turkish head of... 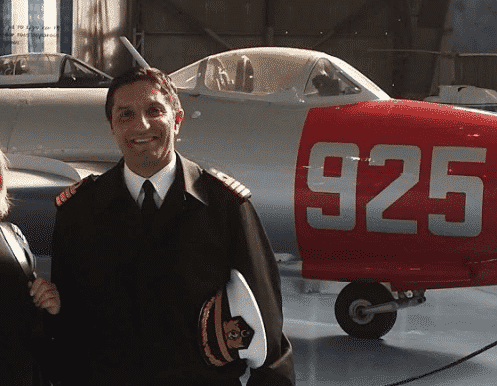 Turkish naval attache in Athens, during the coup attempt in Turkey, in July 16th 2016, reveals the plan to abduct the turkish Brigadier serving as the head of SEEBRIG, based in in Larissa Greece.


He also reveals, that he received instructions from his superiors to ask the greek general Staff for illegally returning turkish citizens and military people who would potentially enter Greece chased by their country as putschists.

The former turkish attache Halis Tunç was interviewed by the greek journalist Ioanna Iliadi. This is the second part of the story.

Halis Tunç: The turkish embassy in Athens, during the coup attempt in 2016

Question: Aftet the coup attempt, the real Erdogan’s target was the Turkish Army, who represents in Turkey the so-called “kemalism‘. Military schools closed, many officers went to the prison. Do you think that it was an attack against the military power in Turkey?

It is very easy to answer. Turkish Armed forces had naval, air and land colleges, academy and war colleges. The cadets started their training at age of 14 and graduated from academy at 22. It gave army an opportunity to select best students from schools and trained them with the Atuturk’s values.

But now quality of candidates is comparatively very low and after 18 years old it is not possible to give them Kemalist ideology. Officers collected from university students which are very suitable personality to follow government way.

Previously Religious Vocational School’s students were not accepted to Naval Academy or other forces’ academies. Recently the newspapers have mentioned about the privileged rights given to this School’s students.

It is well known that Kemalist ideology was guaranty of the democratic, secular and republic system in Turkey, this responsibility and rights personally given by Atatürk himself to Armed Forces. Currently I am very surprised with the motivation and implication in Turkish Armed Forces.

Chief of General Staff and three forces go to mosque to pray. The women using headscarf are accepted to War Colleges. High rank officers are delivering speech to soldiers in the mosques.

In the army other religious community members has dispute with each other on which community will be imam while soldiers perform the ritual prayers. During the military ceremony religious rituals are used.

Chief of General Staff and other high ranks generals are involving in directly political issues in favour of regnant government. I know it is very normal in Greece, but it was not normal and never happened before in Atatürk’s Turkey.

There are two options, either current officers pretending as they are religious ones even they are Kemalist, or they reached comfortable environment after dismissing Kemalist officers.

Of course, still there are Kemalist officers available in Navy or other forces some of them were my closest friends, but I think most of them are thought to be harmless to government.

On the other hand, there are also some pro-Russian officers as well, most of whom got promotion after failed coup, I mean pro-Perinçek head of the ultra-nationalist party. In this conjuncture, no body can dare to tell me the officers who dismissed are all Gülenist. I and other purged officers were guaranty of secular, liberal life and heritages of Ataturk in Turkey.

I hope Europe can follow the right policy to hold Turkey inside of West-world.
Very after the coup, PM sounded that in Navy % 80 percent of officers are Gulenist. And all media repeated his rhetoric.

Army has been beheaded and also its arms have been cut by being dismissing %95 staff officers and other promising officers who are the future of TGS. Now they set new head on the body of Turkish Armed Forces and their plan for next 3 years to change almost all body of Armed Forces except obedient and pro-government ones.

I expect in the future the struggle between pro-Perinçek and pro-government officers. But there will be no Kemalist officers due to the fact that end of this 3 years rest of the Kemalist officers will be purged from the Armed Forces as well.

Why three years. As you remember Turkey’s emergency rule expired as Erdogan’s powers expanded. But government said in a press statement that there will be no change in fighting with Gülenist (So-called Gülenist).

Question: You are blackmailed from Erdogan’s supporters. Are you scared for your life?

It happened more often first year, but recently periodically high rank politicians mainly President remind public that we are going to take them wherever they are, some pro-AKP journalists want us to be killed.

What I know very well is that the chief of SEEBRIG Turkish ex-brigadier general Numan Yediyıldız was tried to be abducted by Turkish Secret Serves members in Greece, it was planned but he left country before execution of the plan.

There is also one more important development that Embassy want me to ask HNGS and Coast Guard for that the Turkish soldiers or citizens who pass to Greek Territorial Waters need to be pushed back.

I didn’t do that because it was requested from me just 2 days before my leave. May be they already did. I am not sure. I have expected every kind of illegal activities from current Regime.

For me, Turkey does not care anybody, not Kemalist, not innocent people, not the officers who are asylum in the other countries, and even not Gulenists.

They have already reached their aim and all instructions have taken under control. The only thing they need is enemy for their policy as their usual tactic.

In order to show us as a treat to Turkish public and remain psychologic operation on Public, they need to keep fresh the enemy.

I know I have been tried to be spotted by Turkish Secret Service. As you know personally me has been made a target by Ministry of Foreign Affairs Mevlut Cavusoglu by declaring me as a terrorist and traitor without any evidence and court decision. I am one of the two officers who are officially named as a traitor or terrorist, other officers mentioned in general.

As you know I have opened Twitter account with my real name to write truth and real story of mine that I experienced. I got many blackmails via twitter. You know as soldier, I have given my word to my nation to protect my beloved country’s interest.

And I will do it along my whole life, no matter how they are going to react against me. I need to leave a note to history by telling the truth.

Currently deceived ones can choose to not believe me but next generation I believe will run after truth as it repeated in the history. I can not act as a coward by only caring my own security.

There is big risk I know, but I owe to not only current Turkish nation but also next generation. So, I am here and I will be here.

Last thing over this point. Someone tells me that if you will be forgiven by the government, would you like to go back your own country. This question needs two answer. First is that nobody even government or any one has no right to forgive innocent people.

The government who knows the played game on the Turkey’s theater stage and after my writes all nation also will be heard the truth (No matter believe me or not). It is not me but government and all public who support fake story of current government upon innocent people owe me an apology. Second part, after acknowledging their mistake and their injustice and wrongfulness I will immediately go back my beloved land I want to die there.

Question: Are you in contact with other military officers who asked for asylum in Europe? Do you feel that you are an immigrant?

Of course, I do have contact with some of them whom I know before and I met them a few of them during our asylum process.

But it most of them didn’t start after coup attempt but before. Navy is small community, most officers with same or close ranks know each other.

For example, most of the current admirals know me very well, not with my refusal to go back to Turkey but with my successful career and personality. So, the contact between officers are not unusual.

I can suggest them from here, they need to come to gather to express truth and help each other’s.

Halis Tunç: The turkish embassy in Athens, during the coup attempt in 2016